The Ups and Downs of moving job 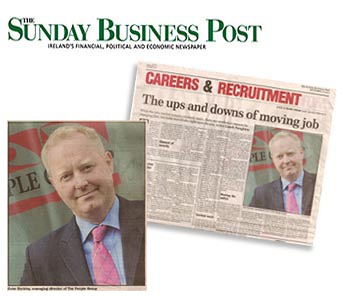 While the jobs market remains relatively static, there are worthwhile reasons for changing jobs, but make sure it’s the right move for you, writes Gareth Naughton.

There are no jobs out there, so you’d better hang on to yours for dear life. So goes the mantra of an economy where unemployment is hovering above the 14 per cent mark with no sign of abating.

While the boom years were marked by rampant job-hoping, the recession has seen the issue of job security top of the agenda.

The upshot for recruiters has been candidate inertia: an unwillingness to move into a new role with a different employer in an uncertain market.

According to some in the recruitment sector, the trend is preventing them from finding suitably qualified individuals for relatively good opportunities in a range of sectors, including IT, financial services and sales and marketing.

Colm Buckley, managing director of The People Group, said there had been movement in the market, but candidates were still looking for an element of security.

“The market is freeing up a little,” Buckley said. “There is no doubt about that, whether it is that they have been putting up with it for so long or that they see some sense of movement across a variety of industries, but there are definitely more people coming to us looking to have a career conversation and put themselves on the radar.”

“On both sides of the fence, however, there is still a massive amount of inertia. Candidates do not want to move and it’s for the obvious reasons, the last in, first out mentality. Then, on the client side there, is a reluctance to invest in bringing somebody in.”

People’s attitudes have changed considerably since the end of the boom. In a candidate survey carried out for The People Group’s 2010 end-of-year report, respondents said salary was their lowest priority when moving job. Instead, strong and charismatic leadership as well as a vision for growth were foremost in their mind.

“There is a partnership approach to the recruitment process now,” Buckley said. “They want to brief us properly and we get to see how the business works first hand so that, when we are sitting down with candidates, we are able to give them a full, frank and holistic view of the business.

“That makes for a better relationship, and people are more likely to move if they have good information on how well the company is capitalised or what the vision is. Good candidates know their work, know that they can do the job and if they can align themselves with companies that have some sort of direction and are not ruderless, then, they know that the financials will work themselves out.”

The market may be inert at present, but when recovery kicks in, the turnaround will be swift, and Buckley believes unhappy staff will not be slow to move on with the economy on a more solid footing.

As job security becomes top priority for people who would otherwise have dipped their toe into the market without much thought, there is the danger that people will start to stagnate in roles that they should probably have moved on from much faster.

The understandable fears about job security could be impacting on career progression, according to Derek Smyth, IT contracts consultant with Brightwater Recruitment.

“This has led to people staying in roles that thay have outgrown and has held people back in terms of career development,” Smyth said. “There are many people who have not progressed their career over the past three years and this can lead to frustration.

“Maybe they are content just to be working, and not looking as readily at moving up the ladder. The jobs market is improving and candidates should seek out opportunities and start thinking about positive career developmeni again, not just survival mode.”

One of the key benefits of moving from job to job – with your career in mind rather than job-hopping to improve salary – is that you develop with each new position. This could prove problematic further down the road, if you decide to stick with a job that isn’t giving you room for growth.

“You build your skills and experience with each role, and this can equip you to take on more responsibility and to do the next role better,” Smyth said. “Each role will have its own particular set of challenges and once these are mastered the incumbent may want to build on this  and aim for more responsibility.”

“In contrast a person who stays in a particular role for too long, and who doesn’t continually invest in their own skills deveopment could find that their marketability is reduced.”

While there are opportunities available, you should not just leap right in. Gareth McKeown, managing director of financial services recruitment firm Quest, said weighing up risk was an important factor when considering making a move.

“Switching jobs is always a risk, even in the best of economic times,” McKeown said.”And right now, it’s extra risky because if the new job doesn’t work out, what’s the escape route? Leaving and finding something else? Starting from scratch? You might hate the new job or the culture or the boss.

“People tend to see only what they want to see when they’re considering a new position, but this is a time when you should be as clear-eyed as possible. Don’t let yourself overlook danger signs or you might  jump from one bad situation into another. The new job might pay more, but it also might lay you off in three months.”

Candidates need to look at why they are moving. If it is the finanacial stability of their current company, they need to fully research the financial prospects of their potential new employer. If there are elements of their position that are driving them to go elsewhere, could those things be changed by speaking up or would they be able to live with it by simply changing perspective?

One of the benefits of switching job can be an improved salary, one which might actually make up for cuts that you endured as the recession bit, for instance. If this is your primary reason for moving, you should stop and rethink your plan, according to McKeown.

“Remuneration levels have dropped over the past three years across the entire IFSC and will remain static for the foreseeable future,” he said.

“The current market can offer exciting opportunities with vibrant employers, so reflect on your current position: will it offer career advancement, security, personal fulfillment?These are the true triggers for change – and should you get an increased salary when you do secure a new role, be very happy.”

It is a tough and competitive market out there and when you are looking for a new position, you are going to have to be able to demonstrate what value you can bring to the company.

‘It is vital that as a potential employee, you need to communicate that you’ll be the type of employee who can achieve one or both of the above.

“Every hiring manager has had to fight hard, jump through many a hoop, and produce detailed justification for every new hire – you as the prspective new employee will need to deliver a tangible value added service.”

Taken from the ‘Careers and Recruitment’ edition of ‘The Sunday Business Post’, September 11th 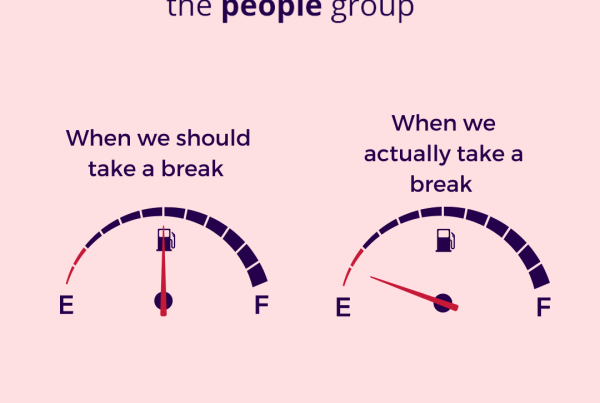